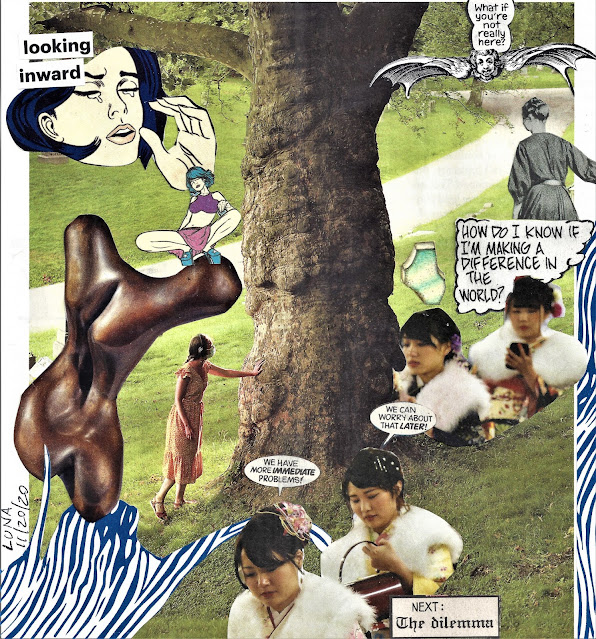 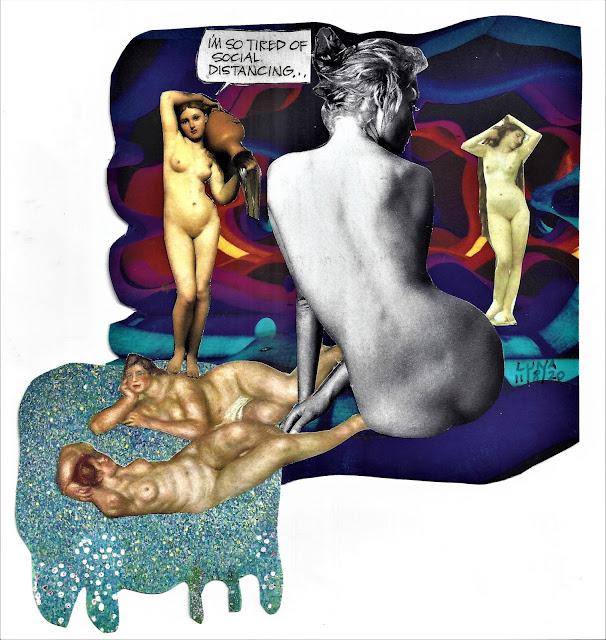 I'm so tired of social distancing
For Kelly Schrock
November 8, 2020
Posted by Christopher Luna at 2:17 PM No comments:

Poetry and Art in Loving Memory of Diane di Prima

Revolutionary poet Diane di Prima is gone, but her work and the positive energy she created and nurtured will live on. I count myself among the poets who consider her a heroic model for how to be a dissident artist and decent, loving human being. 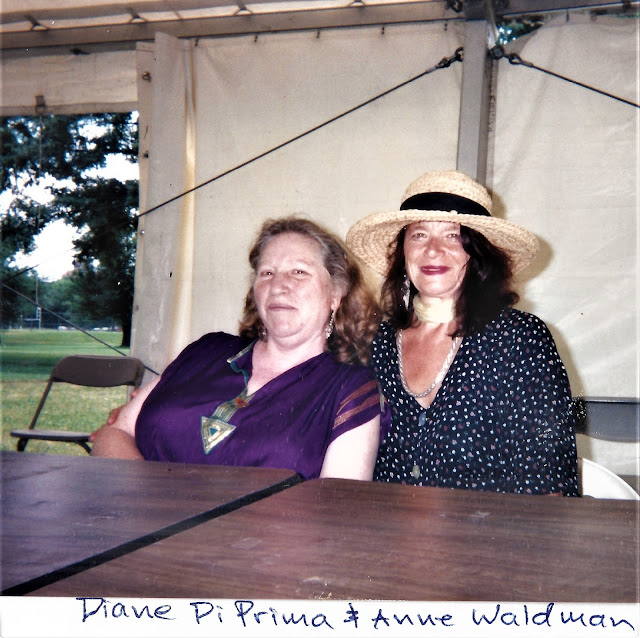 Diane di Prima and Anne Waldman at the Jack Kerouac School of Disembodied Poetics
Summer Writing Program, July 1997 (photo by Christopher Luna)
Ten years after I met Diane di Prima at the Naropa Institute, I was thrilled to find her name on my list for the August Postcard Poetry Fest. Here is the postcard and poem I received from her: 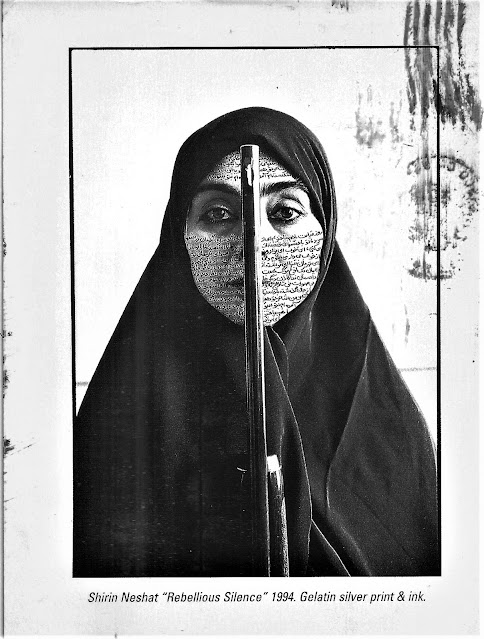 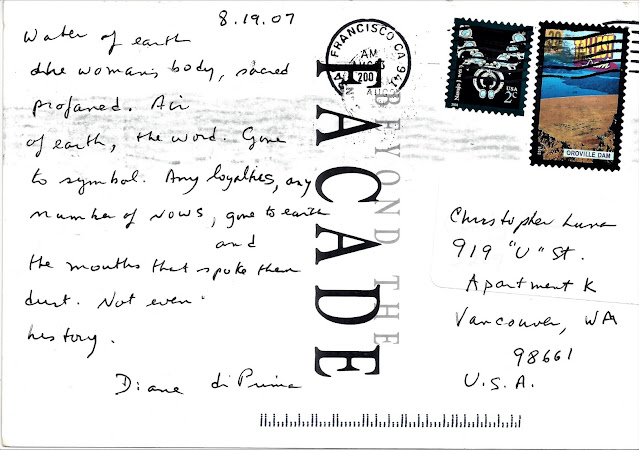 It made me very nervous to write a spontaneous poem to one of my poetic elders. Here is the poem I wrote for her (and the collage postcard I created): 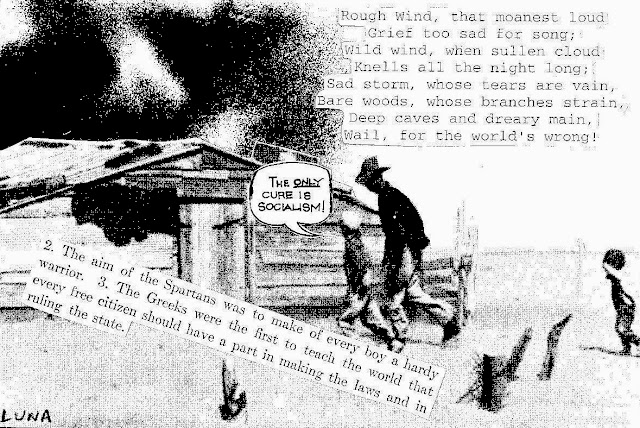 we are charged with a responsibility

whether we take on the role

my painter friend is a former ninja

and the reincarnation of ninth-Century warrior

who smokes to quiet the voices in his head

and understands that to name

may also be to destroy

he brings me finished canvasses

which I am invited to amend according to my liking

and I get nervous, my Sharpie-holding hand trembling

with a sense of obligation

whatever I choose to add

must be right, it must be worthy

rather than take away

we get trashed, laugh

and rub our beards

(mark of our status, for some,

and undo the hatred in the human heart

while plotting our respective strategies

in the ongoing war against the imagination

A few years later, Erin Dengerink and I collaborated on an artwork based on this poem. She drew the figures in the foreground and cut the holes representing thought bubbles that I filled with collage. I also contributed the lettering featuring a few lines from EYE CATALYST: 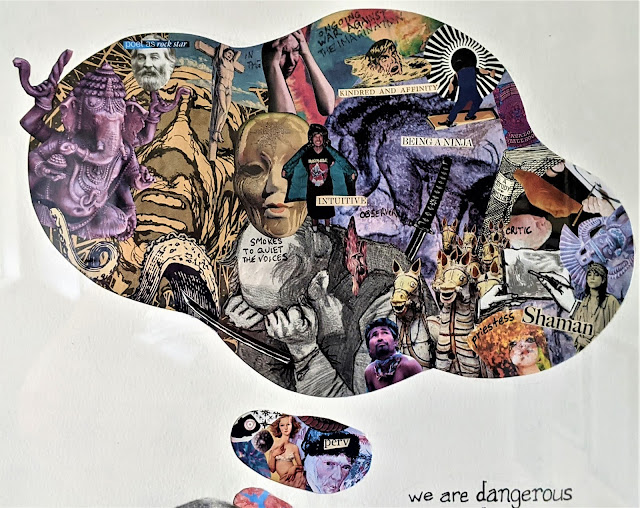 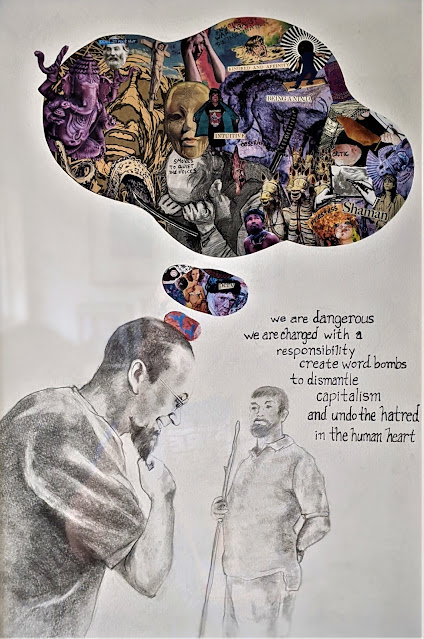 Here is the postcard and poem I received from Diane di Prima in 2008: 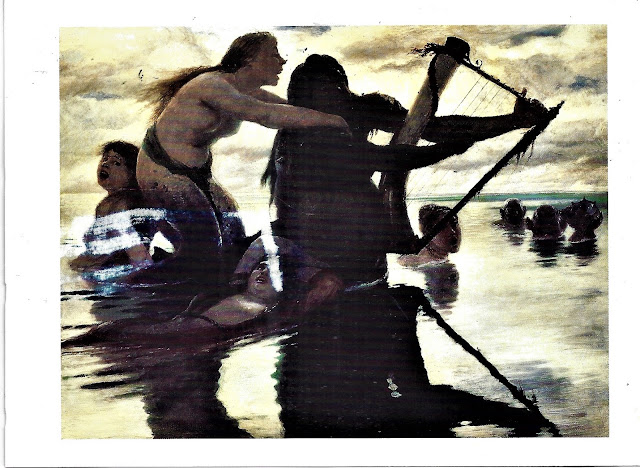 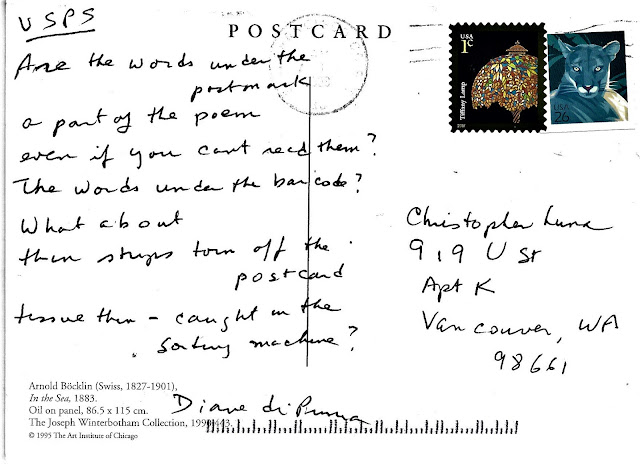 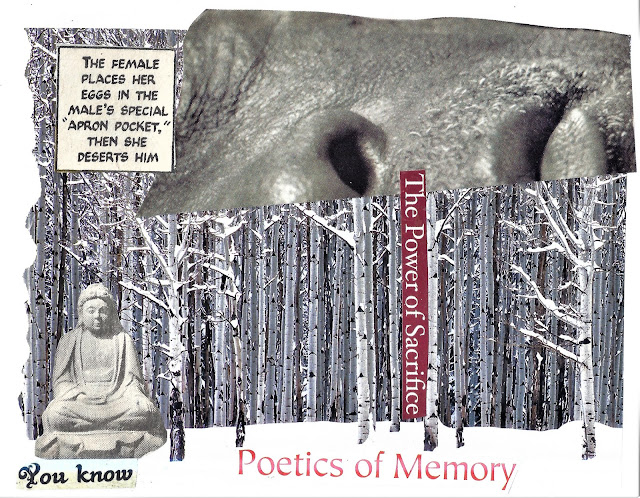 cascading over her nipples

in front of the flower

and place her portrait

on your bathroom wall.

a portal to another time.

If you could you’d wrap your arms around her

whisper sweet words of praise in her ear

and when she closes her eyes to kiss you