THE WORK JUNE 2010
POETRY NEWSLETTER BY CHRISTOPHER LUNA
Toni Partington and I have been invited to participate in the North Bank Artists Gallery’s exhibition entitled “Skin.” Our poetry and art will be on display throughout the month of June. Please join us tonight between 5 and 9pm for an opening reception and poetry reading to celebrate. North Bank is located at 1005 Main Street. And don’t forget to check out the other great galleries and vendors at First Friday and Craft in the Village.


To Be Named and Other Works of Poetic License
An Art Book
by Christopher Luna, David Madgalene, and Toni Partington 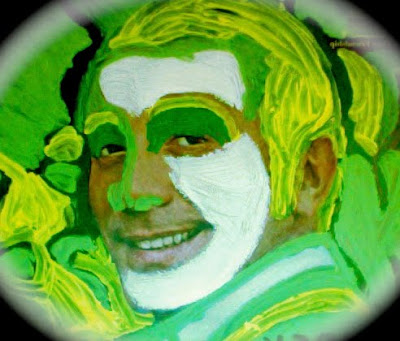 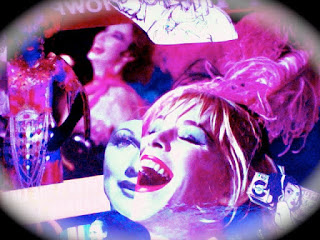 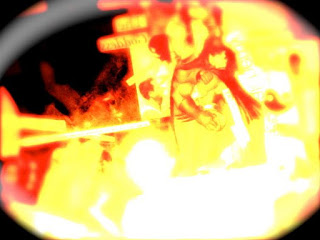 In July, Toni and I will be joined by Windsor, CA poet David Madgalene as we present “To Be Named,” a new 200+ page book that features five years worth of collaborative poetic travelogue written by the three of us with the help of a cast of thousands. The cover for each book will be a one-of-a-kind, extremely limited edition album cover that has been altered by all three of us. Many thanks to Leah Jackson for allowing us to debut this project at Angst. More details to follow! David will also be reading at Cover to Cover Books.

There is plenty of poetry to hold you off until then. 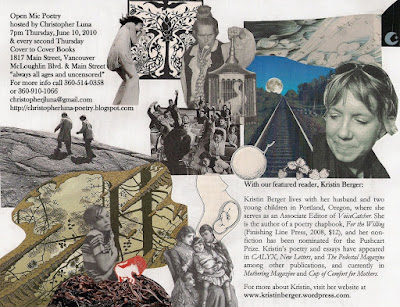 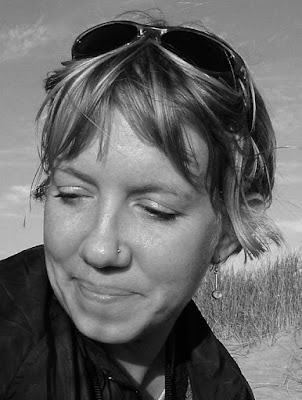 Kristin Berger lives with her husband and two young children in Portland, Oregon, where she serves as an Associate Editor of VoiceCatcher. She is the author of a poetry chapbook, For the Willing (Finishing Line Press, 2008, $12), and her non-fiction has been nominated for the Pushcart Prize. Kristin’s poetry and essays have appeared in CALYX, New Letters, and The Pedestal Magazine among other publications, and currently in Mothering Magazine and Cup of Comfort for Mothers.

For more about Kristin, visit her website at http://www.kristinberger.wordpress.com/.

Two days after Kristin’s reading, I will once again be facilitating The Work, a monthly workshop at Angst Gallery. The workshop will take place Saturday, June 12 at noon. This will be our last workshop until September, so don’t miss it!

I am very excited to be participating in Dan Raphael’s Market Day Poetry Series in St. Johns again this year. On June 19 I will be hosting Peter Ludwin, Gail Moore, and Eileen Elliott. Please join us. Here is Dan’s announcement about the series:

dan raphael will be reading Saturday, June 5th, noon, with Rick J and Mary Slocum at St Johns Booksellers, 8622 n lombard. this is the first of 17 readings to be happening same time same place every saturday until 9/25, which just coincidentally is the run of the St Johns Farmers Market, half a block away, from 9-1, It’s a good place to visit, with several good places to eat and drink around, cathedral park, the st johns bridge, etc.

For more info on the reading I will be hosting on June 19, see item 8 below.

I think you’ll enjoy “Frenzied Sweetness,” my recent interview with Michael Rothenberg and David Meltzer for Rain Taxi Review of Books. We talked about Michael Rothenberg’s “CHOOSE” and his and David’s recent multi-city, multimedia ROCKPILE ON THE ROAD tour:

Here is an article about Tacoma’s new poet laureate, Tammy Robacker, who will be coming to Vancouver to read for us this summer:

The Columbian recently acknowledged two of the newest and most exciting art venues in the “Couve, The Space and The Stray Gallery:

Rock on this summer,
Christopher Luna


THE WORK
June 2010
TABLE OF CONTENTS
1. Final chance to participate in one of Sharon Wood Wortman’s Bridge Walks (Portland)


2. Sage Cohen readings in June and an invitation to submit to "THE LIFE POETIC iPOEM CONTEST"


SUBMISSION CALLS AND OTHER ITEMS OF INTEREST

Sharon Wood Wortman is retiring from leading the bridge walks she has done for Portland Parks & Outdoor Rec since 1991 so that she can spend more time on other things, including being with her 11 grandchildren. So catch one of these before they are no more. .