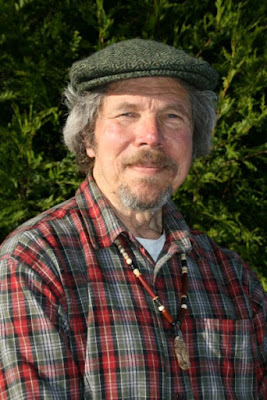 Peter Ludwin will be reading from his first full length poetry collection, A Guest in All Your Houses (Word Walker Press 2009, $14). A review of the book is available here: http://www.lochravenreview.net/2010Spring/doss.html

For the past nine years he has been a participant in the San Miguel Poetry Week in San Miguel de Allende, Mexico, where he has workshopped under renowned poets such as Mark Doty, Tony Barnstone, Forrest Gander, Linda Gregg, C.D. Wright, Patricia Goedicke, Alfred Corn and C.K. Williams, to name a few. In 2007 he received a Literary Fellowship from Artist Trust, an adjunct of the Washington State Arts Commission. He was the 2007-2008 Second Prize Winner of the Anna Davidson Rosenberg Awards, and during the same year he was also a finalist for the Muriel Craft Bailey Memorial Award. He is a 2009 Pushcart Prize nominee.

He has been a featured reader in Washington, Oregon, California, South Dakota, Minnesota and in the Czech Republic. In 1996 he read over the radio during the Cleveland Bi-Centennial. He has twice read for the Distinguished Writers Series in Tacoma, Washington. In the fall of 2009 he read for the John R. Milton Writer’s Conference at the University of South Dakota, and featured with noted poet and fiction writer Frank Gaspar at Whittier College in Los Angeles. He also has a background in folk music, and plays acoustic guitar and autoharp. He has both taught and performed at the Pacific Northwest Folklife Festival.

From up here I could summon wolves
to circle my sleeping bag, I could
call down the moon on my tongue.

The sun on the red cliffs behind me,
the stream roaring through rabbitbrush
while cottonwoods dance in the wind—

these tell me, like the handwriting
that condemned Belshazzar, that I
have been judged and found wanting.

I must stay here, in mind if not in body.
I must cultivate the heart of a whisper,
of the artichoke buried in spines.

It’s late in the harvest season,
and I must gather enough of me up
to make it through the winter. 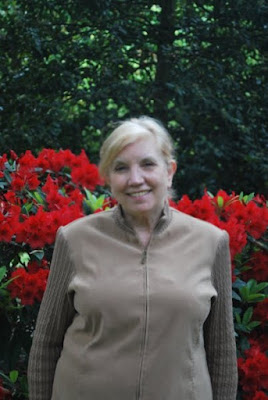 Eileen Davis Elliott was born to the Great Plains, polished by the winds of the world and continues to be fine-tuned by daily experience. She writes of seeking and sometimes finding, of sinning and sometimes redemption. Her book, Prodigal Cowgirl ($15), reflects journeys and partial resolutions.

Her second book Miles of Pies is well under way. She is a mixed media artist and continues to travel since her recent retirement as a psychologist.


Gail Moore was a voiceless poet most of her life. She finally began writing in 1990 after a vision of a strange animal emerging from a cave and shaking off wool. She lives in Newport, Oregon, and after a long love affair with the rain, misses the sun and wants to go home to LA.

Gail was the recipient of the Pacifica Foundation Award for Best Poet of 2001 and the Dorothy Daniels Honorary Writing Award competition in 2000. She is the author of two books: Poems on the Half Shell ($14) and Post Card Poems ($10).

In the house of mistakes
I grafted your name into the future.
Your name was shadow. My name was dust.

Sibilant or still, I slid down the dry wall;
I joined you in the court of redress as
we had spilled our best over the edge of time.

Your face melted into an astonishing silence.
I find you only in sleep or in the leftover
parts of myself.

I have rattled the door of your mind
but you do not answer.
Still, your name sleeps on my floor.
Posted by Christopher Luna at 9:32 AM